Ján Ďuriš: Camerawork is the painting of our age • Art Film Fest
00

Ján Ďuriš: Camerawork is the painting of our age 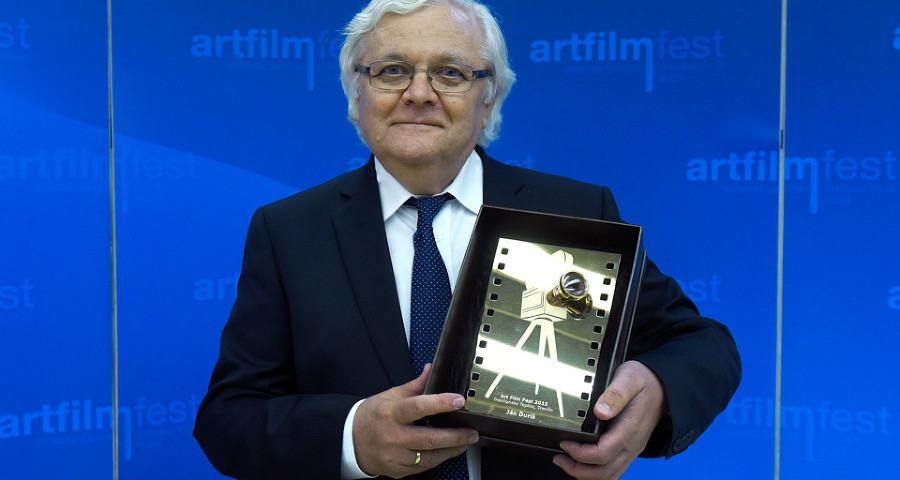 Making pictures that aren’t pretty, but essential. Such is the credo cinematographer Ján Ďuriš tries to live by. The latest recipient of the Golden Camera repeated stated that when he started making films, he envied his grey-haired colleagues who received prize after prize. Now he says he hopes that Art Film Fest didn’t just award him for the colour of his hair, but for the quality of his films.

You’ve worked with numerous directors, the oldest being Peter Solan, the youngest your student Mariana Čengel-Solčanská… Haven’t you ever wanted to direct yourself?

Absolutely not. I understand my colleagues who feel that they’re wiser than the directors. Maybe they had the misfortune of working with directors who weren’t quite competent. But I feel that cinematography suits me for a number of reasons.

What is it that still attracts you about it?

To me, camerawork is the painting of the 20th and now the 21st century. And I liked to draw as a boy; at nine I started taking photographs.

Which is more important to you: a film’s images or its story?

God almighty! The story, of course. Despite having shot five films with Juraj Jakubisko, which was an interesting team in that we prioritized the visual side of things, we always told a story. If you rely entirely on form, you’ll end up with a film that might be formally interesting in 2015 or 2016, but probably not 20 years later.

If a film’s story is the most important thing, then why is the cinematographer important?

A film is a story told through images. Story-based films can also be shot in a visually virtuosic manner. If the cinematographer just films dialogues, that’s a bad cinematographer. But I always try to find the proper visual approach to a story.

In the more than 40 years you’ve spend behind the camera, have directors changed their approach to filmmaking?

A bit. When we still shot on real film and the camera started rolling, everyone on set went quiet and took notice. And that lent the scene a certain human dimension. Today it’s as if that was fading away. When you shoot digital, many filmmakers rely on being able to fix anything on a computer.

Then would you rather still shoot on real film?

I don’t mean to speak ironically, but today it’s as if the director’s greatest art were to position the actors at the table as quickly as possible, set up three cameras and let them each film their own actor. There’s too much pressure to work fast. And storyboarding, long takes and work with time are disappearing. I’m a bit sad that my students are forced to work at a pace that no longer bears much resemblance to the more laid-back feel of classic cinema. But even I once couldn’t fathom how even older cinematographers than I could, for example, wait four days for the right clouds.