Every film so far has had a ray of hope 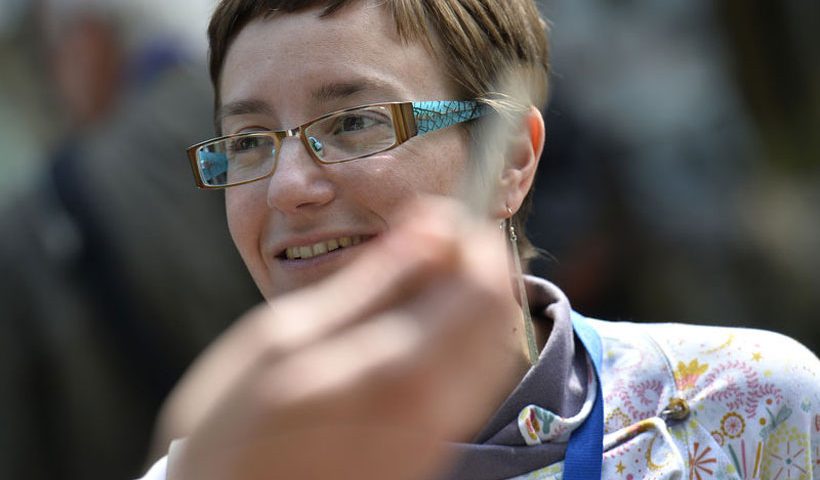 What makes a film good? According to film historian Laura Aimone, veteran of numerous world-class festivals, it’s when the viewer not only loses their concept of time, but forgets entirely that they’re at the cinema. The member of the Main Jury for Art Film Fest’s International Competition of Feature Films says that such a film can also help you solve a problem you’ve got on your mind.

The films that appear in festival competitions are often described as “nothing but doom and gloom”. Is that the case for this year’s Art Film Fest, too?

None of the competition films the jury and I have seen so far have been upbeat. But every one has had a ray of hope. And then you don’t leave the cinema depressed. The hope that these films offer can actually uplift you.

So far you’ve seen half of the 11 films competing for the Blue Angel this year. Any favourites yet?

So far we’ve agreed on two films that stand out among the ones we’ve seen. I can’t, of course, name them.

How do you actually assess the films with your fellow jurors?

We’re together a lot and so we can talk about the films a lot, too. Right when we meet for breakfast, we’re already talking about the films we’ve seen. The competing titles are very diverse, so comparing them isn’t easy, but Art Film Fest awards a number of prizes, and I’m sure that in the end we’ll find a film that truly deserves each one.

What is it about a good film that appeals to you?

For me, it’s the story that’s important. Much more so than the way the film is shot.

Do you prefer to watch films that entertain, or those that focus on something specific?

It’s good when filmmakers focus on a particular issue. When the viewer sees such a film and it connects with them, the story onscreen can illuminate something, help them to solve a problem they’ve got on their mind, or draw their attention to something they’d otherwise overlook.

How did you come to pursue a career in film?

By chance, actually. I first got the opportunity to attend a seminar on film when I was studying literature. Then I received an offer to help prepare a film festival. I accepted it the very same day.

Do you get the feeling that, given the great history of Italian cinema, Italian audiences approach film differently from audiences elsewhere?

I think we’re aware of Italian cinema history, we carry it in ourselves, and we even judge films through the prism of that history. But today’s Italy continues to produce interesting films that draw attention to themes around us.