Peredo Pilar: We made an offering to the volcano • Art Film Fest
00

Peredo Pilar: We made an offering to the volcano 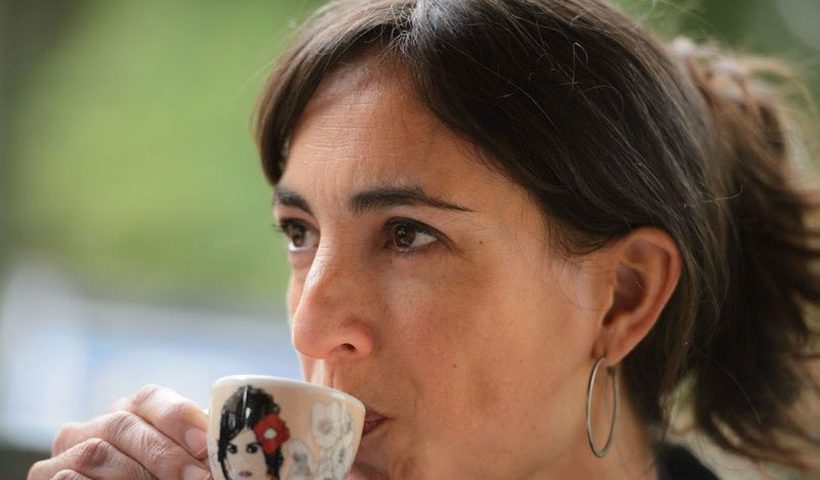 María lives at the foot of a volcano. She’s 17 years old, she has Mayan roots and features, and that’s really all there is to say. She exchanges her virginity for the chimera of a journey to the United States. The Guatemalan film Ixcanul is being screened in Art Film Fest’s International Competition of Feature Films. Its Argentinean producer Pilar Peredo says that before they could shoot the film, the crew had to ask the volcano for permission.

Who requested that the filming conform to the traditional rituals of the Guatemalan Indians?

We deferred to traditional rituals during the shoot itself, too; we also asked the water, for example, for permission to film. We cooperated with people from the village closest to the volcano. We filmed and lived there six weeks, and three months previously we did the casting there, so we all adapted to the locals.

How did Jayro Bustamante approach the rituals, being from Guatemala himself?

Despite having been born on Lake Atitlán, home to the most Mayan communities, and growing up with his mother, who taught him to speak the local language, he’s still a mestizo, and from 17 on he studied in Paris and Rome. He’s among the 20% of locals who aren’t part of the indigenous culture. He’s deeply familiar with the rituals and customs of the descendants of the Maya, but during the shoot we discovered several more together.

Why did Jayro Bustamante choose to film Ixcanul specifically?

The film is based on a true story. Jayro’s mother worked as a health educator in poor Mayan communities and introduced Jayro to the real-life María. It was then that he decided to include the issue of child abduction in the film.

How authentic would you say Ixcanul is?

We filmed in very authentic surroundings, but we constructed the farmstead by the coffee plantation at the foot of the volcano. The volcano was, naturally, real. Our performers were also from the Maya community; the actress playing María had never acted before, though her onscreen mother pursues street theatre. They had to learn their lines, but the whole filming process was an interaction between them and the director. When they got the feeling that something in the script didn’t sit with the Maya community, they said so and we adjusted it.