25 years later, Šulík’s Everything I Like returning to silver screen at Art Film Fest 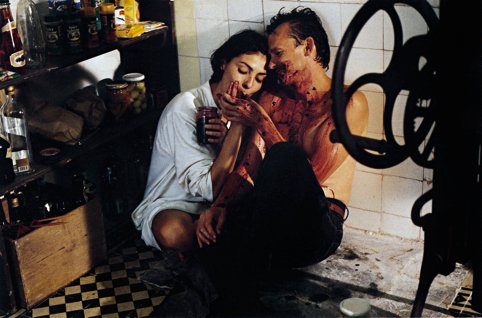 By 1992, a period of turbulent change was behind us: the fall of Communism and the long-anticipated arrival of freedom. The old was out, but the new was still on its way in. And further turbulence was on the horizon. The end of the joint Czech-Slovak state was rocketing towards us. The climate in Slovakia was particularly hot at the time, not just politically, but literally – average daily temperatures were consistently tropical for nearly all of August. And during all this, talented director Martin Šulík was shooting his second feature film, Everything I Like. His first independent, non-state production – and his first project with producer Rudolf Biermann.

“We wanted to capture the atmosphere at the start of the 90s, a time when society was in flux. Every one of us suddenly had so many new things we could do with our lives. We could travel, start a business, get a job in advertising or simply head straight into politics. Everything was in motion, there was still hope and humour in our society,” reminisces Šulík. The first Slovak film to capture the transition period after the fall of the iron curtain, Everything I Like was premiered shortly after the founding of the independent Slovak Republic as the country’s first domestic production. And so the two set off on their respective journeys nearly simultaneously – the newborn country and the latest work of a young director.

The film was met with immediate, unequivocal success. With their newly acquired freedom, the filmmakers discovered new possibilities of cinematic expression, both in style and in content. Over the next two years, the film accumulated heaps of praise from critics at home and abroad as well as grand prizes at international film festivals across Europe. The independent republic, for its part, had a slower, more complicated start. But fortunately the Hollywood happy ending eventually came – today Slovakia is a firmly established European country, whereas Everything I Like has become a classic of Slovak cinema.

It is because of all this that the Slovak Film Institute has included the picture among the ten Slovak films to be digitalized and digitally restored as part of the national project Digital Audiovision. But wouldn’t it be a shame if the newly restored film were just left to collect dust in the archives? And so, after 25 years, Everything I Like is returning to Slovak cinemas. The gala premiere will be held on 22 June in Košice as part of the Art Film Fest International Film Festival. The very next day, the film will begin its journey to audiences old and new, providing fans of quality cinema with an authentic glimpse into a time so recent yet so distant. Have we changed enormously, just a bit, or hardly at all since then?

Everything I Like tells the story of divorced, currently unemployed 30-something Tomáš (Juraj Nvota), who experiences a relationship crisis with his English girlfriend Ann (Gina Bellman). The temperamental, free-spirited woman is going home, and she wants Tomáš to join her. The offer is highly tempting, but it would mean abandoning his teenage son, who is undergoing a difficult phase, and his parents, who are getting old enough to start needing help. Not to mention his ex-wife (Zdena Studenková), who also has a thing or two to say about it…

The onscreen lover of director and occasional actor Juraj Nvota was English actress Gina Bellman, who has since become an established television star, famous above all for the series Leverage, broadcast in Slovakia as Podvodníci. Tomáš’s teenage son was portrayed by Jakub Ursíny, today a highly regarded musician who continued in the footsteps of his legendary father, Dežo Ursíny.  Zdena Studenková, as Tomáš’s ex-wife, requires no introduction to Czech or Slovak audiences, but perhaps we should mention that she is the only one to have remained nearly unchanged since the film was shot.

“Everything I Like may well be my most personal film. It’s personal because my father, Anton Šulík, plays in it, but also because many of the situations that ended up in the film are based upon reality,” acknowledges director Martin Šulík.  The film was also pivotal in that it marked the first of many works from the team revolving around director Martin Šulík and producer Rudolf Biermann, which included cinematographer Martin Štrba, production designer František Lipták, composer Vlado Godár and screenwriter Ondrej Šulaj. Together they would go on to make such films as The Garden, Orbis Pictus and Landscape – an oeuvre that was one of the few shining lights in 1990s Slovak cinema, which was essentially decimated by the closure of Koliba Studios, the former state-owned film studio. “I simply can’t believe that it’s been 25 years already, but there’s one thing I do know for sure – I’ve never regretted it. Martin is a lovely person and a filmmaker body and soul,” sums up producer Rudolf Biermann.

Everything I Like will be released to Slovak cinemas on 23 June, distributed by Garfield Film.

Art Film Fest – a new city, a new programme and new ways to have a great time!

Co-organizers: The City of Košice, K13

The festival is held under the auspices of Prime Minister of the Slovak Republic Robert Fico.