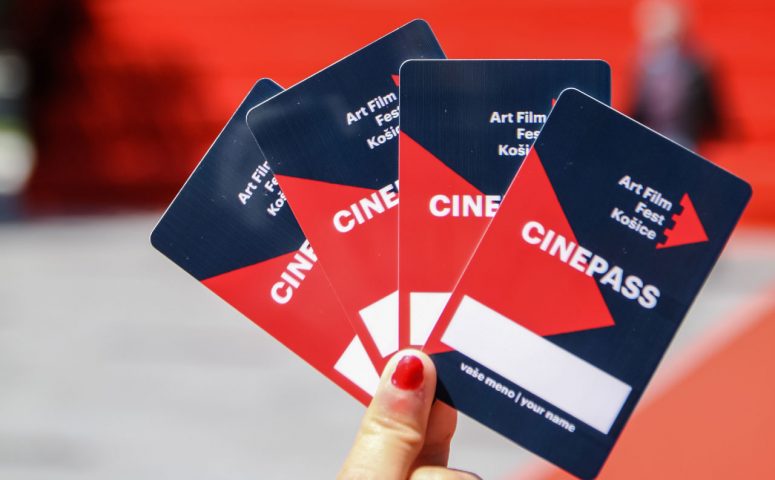 Starting today, cinema fans who don’t want to miss the best and latest of the film world can stake their claim to a festival pass for the upcoming Art Film Fest 2018, held from 15 to 23 June in Košice. The festival will once again grace the city’s silver screens with outstanding new releases from Europe, the Americas and Asia, as well as theme-based assortments of older films.

As of 11 April, online sale of discounted cinepasses has begun, including a new type of pass: the KLUB Cinepass, which provides year-round benefits such as discounted tickets to the festival’s partner cinemas (Kino Úsmev in Košice and Kino Film Europe in Bratislava). This makes for a total of four types of cinepass, available at special advance-sale prices exclusively for registered users of the MyCinepass reservation system.

“Every cinepass serves as an unrestricted pass to all the festival’s public events. Visitors don’t have to lose time buying individual tickets; instead, they can come to the festival with five screenings of their choice already reserved, which they can add to over the course of the festival. But that’s not all – cinepasses have other advantages over classic tickets as well, described in detail on the festival website,” says Branislav Rozbora, administrator of the MyCinepass system. Presale discounts on cinepasses are available for a limited time only.

For more information, visit the Tickets section at artfilmfest.sk.

Art Film Fest’s 26th edition will feature nearly 200 films among its 20 sections, along with master classes, chances to meet filmmakers and cinema experts, autograph signings, exhibitions, concerts and other accompanying events. Aside from the usual programme and competition sections, the 26th Art Film Fest will also include a theme- and genre-based collection of films from Central and Eastern Europe entitled Neighbours Online, a cinematic overview of Czechoslovak history’s momentous milestones called 100 SK/CZ (One Hundred Years of Fellowship), and a special section of respected filmmaker Fero Fenič’s most beloved films. Bergman 100, another new addition, is a section commemorating the 100th anniversary of the legendary Swedish director’s birth.