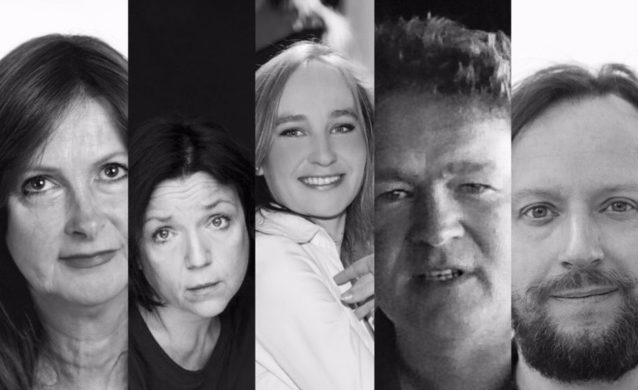 The Art Film Fest International Film Festival proudly presents this year’s jury for its feature film competition, consisting of film professionals from five different countries: Slovakia, Ukraine, Poland, Russia and Germany. Their task will be to determine the winners of Art Film Fest’s Blue Angel awards, which will take flight at the close of the festival on 23 June.

Lívia Filusová is a Slovak producer. From 1983 to 1989 she worked as a production assistant at Slovak Film Production.
In 1991 she earned a degree in film and television production from Bratislava’s Academy of Performing Arts. She went on to become the manager of the Forum IFF in Bratislava from 1993 to 1995 and of the Art Film IFF in Trenčianske Teplice from 1994 to 2006. In 2006 she founded the production company Furia Film, where she produces film and television work. Filusová has produced over 30 films to date. The
documentary The Town of Flying Words (Mesto lietajúcich slov, 2006, d. Tina Diosi) and the fiction film In Silence (V tichu, 2014, d. Zdeněk Jiráský) were screened at Karlovy Vary. She recently completed the drama The Cellar (d. Igor Vološin), starring Jean-Marc Barr.

Marianna Kavka is an actress, film director, journalist and teacher. She studied acting at the Academy of Music in Lviv, German philology at the Faculty for Foreign Languages of Ivan Franko State University in Lviv, as well as directing at the Karpenko-Kary National University of Theatre, Film, and Television in Kyiv. She has acted in films by Wim Wenders, Jerzy Wójcik and others, and worked as a stage director for Ukrainian national television. Since 2004 she has been editor and host of the German-language social/political programme Dialogue on Radio Ukraine International (NSTU). She has also taught the history of visual arts at Karpenko-Kary National University. Kavka is a member of the FIPRESCI, and as a film critic she reports for Ukrainian radio and television from film festivals such as Berlin, Cannes, Munich and Karlovy Vary

One of Poland’s most important contemporary film directors, Joanna Kos-Krauze has received over two hundred Polish and international awards for films she has co-directed. Meeting Krzysztof Krauze (1953–2014), one of the most significant Polish filmmakers, was a roundbreaking moment in her creative biography. Kos-Krauze conceived the original idea to his film My Nikifor (2004), the story of a primitivist painter active in Krynica half a century ago, which became the biggest Polish festival hit since the early 1990s. The film received six awards at Karlovy Vary, including Best Film and Best Director. The couple then co-wrote and co-directed the films Saviour Square,
Papusza and Birds Are Singing in Kigali, all well received by critics, audiences and film festivals. Kos-Krauze is president of the Directors Guild of Poland

An actor, coach and filmmaker, Ivan Shvedoff was born in 1969 in St. Petersburg, Russia. He graduated from St. Petersburg’s State Institute of Performing Arts in 1991; in the same year, he took his first film role. Shvedoff has acted in more than 80 films and television productions worldwide, including the internationally released Enemy At The Gates (2001), The Bourne Supremacy (2004), Mission: Impossible – Ghost Protocol (2011) and Babylon Berlin (2017). He has worked with the likes of Jean-Jacques Annaud, Brad Bird, Věra Chytilová, Daniel Espinoza, Wolfgang Murnberger, Alice Nellis, Rodo Seji, Hartmut Schoen, Steven Spielberg, the Taviani brothers, Tom Tykwer and other directors. In 2014 he began coaching actors on a regular basis. Since 2015 he has taught Acting on Camera at the Prague Film School.

With a background in television, film studios and major film festivals, Christoph Thoke has worked as senior and executive producer on independently financed movies all around the globe. The recent title Of Horses and Men , an Icelandic/German coproduction, garnered 30 awards and more than 100 festival selections. He regularly shares his experiences as a tutor, mentor, speaker and advisor, while he also participates as an expert in juries, evaluation committees and other proceedings. Thoke is president of the German company Mogador Film.