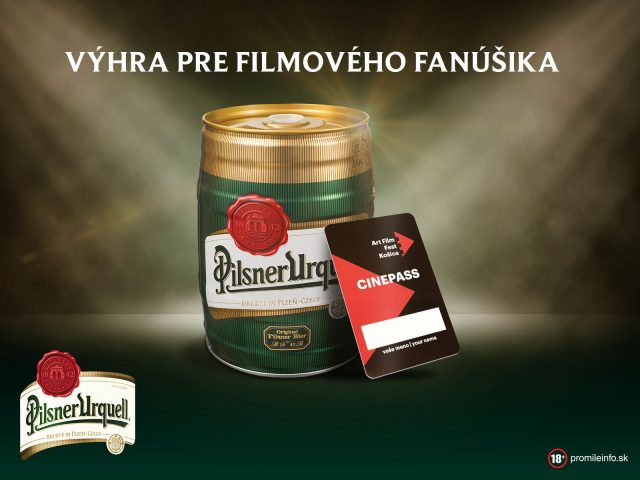 The MyCinepass system – it’s the place to buy tickets, make reservations, and get information on the festival programme and individual screenings. This year it’s also offering the chance to win the Avid Cinemagoer Prize. At the close of the festival, the cinepass holder who has attended the most screenings will win prizes from Pilsner Urquell and Art Film Fest.

Art Film Fest’s Avid Cinemagoer competition is open to all viewers who purchase an AFF cinepass and duly produce it when entering screening venues during the festival’s 26th edition.

The prize will go to the viewer who attends the most film screenings over the course of the festival.

The attended screenings may not coincide or overlap.

Viewers may enter the competition via the MyCinepass system, which after the festival’s end, at 10:00 pm on 23 June 2018, will electronically determine the most active viewer. AFF will publish their name on its website and social media pages on 24 June 2018.

The winner will receive an all-festival cinepass for the next edition of AFF, provided to them by the festival organizer on 1 June 2019. They will also receive a five-litre keg of Pilsner Urquell, which will be provided by the competition partner, by mutual agreement, by 1 August 2018.