The festival team recommends If a film doesn’t pull at your heartstrings, it’s just a banal moving picture 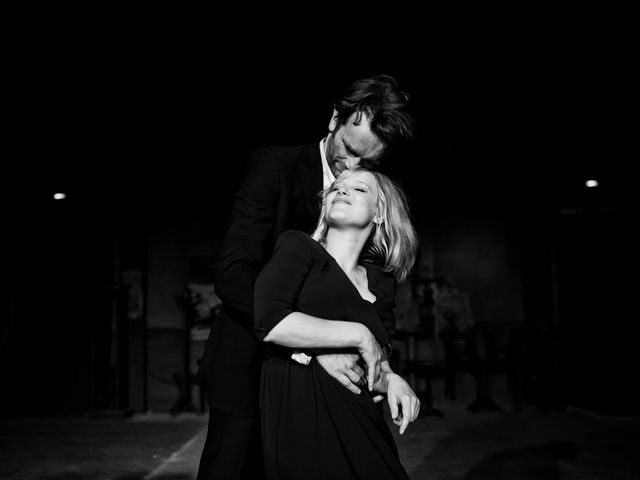 Thursday is set to be a day of heartrending scenes, perpetual melodrama, flames of passion and tear-jerking endings. One thing we love is to recommend the “other” films from Art Film Fest’s programme; after all, we’re three women here at the programme department, and even after 15 years working for Art Film Fest, we still think that if a film doesn’t manage to pull at your heartstrings, it’s nothing more than a banal moving picture.

First off, go and watch Paweł Pawlikowski’s Cold War. Dancer Zula and pianist Wiktor can’t figure out how to live together, nor apart; neither in Communist Poland, nor in bohemian Paris.Full of marvellous songs, folkdance performances and gorgeous black-and-white images, this ill-fated 1950s romance is bound to break your heart. The film won Best Director at this year’s Cannes.And we’re only screening it once!

If you couldn’t make it to the opening ceremony, on Thursday you’ll have a second chance to see the opening film: Film Stars Don’t Die in Liverpool from director Paul McGuigan. In an absolutely dazzling performance, Annette Bening plays aging Hollywood femme fatale Gloria Graham, while Jamie Bell plays a young, promising actor. And on top of their passionate (and tragic) romance, it’s also a film about the basic decency of not leaving someone to die alone. This is your last chance to see this love story at the festival!

And finally, from the main competition, we’d like to recommend Icelandic film And Breathe Normally from director Ísold Uggadóttir. It’s the story of two women whose fates intertwine over the backdrop of today’s refugee crisis, each of them trying to cope with the borderline situation they’ve ended up in. And –just between us girls – we think it’s a serious contender for the grand prize!

At a time when we increasingly hear strong women’s voices demanding improvements in gender equality, both in life and in the film industry, these titles are shining examples of sensitive films that aren’t just for women.

Prepare to be moved, friends.