Hitmaker Karel Janák premieres new thriller: We surround ourselves with things that can harm us • Art Film Fest
00

Hitmaker Karel Janák premieres new thriller: We surround ourselves with things that can harm us 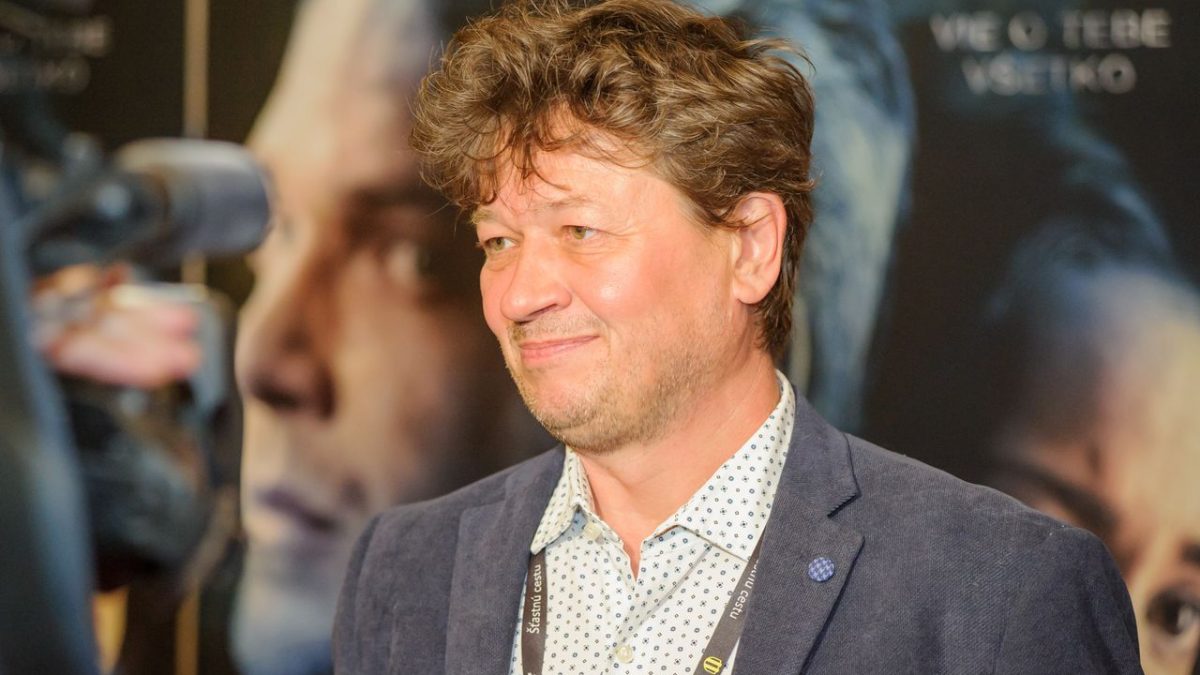 Karel Janák is the veteran filmmaker behind hit teen comedies such as Snowboarders and Rafters. Hot on the heels of his madcap 2017 comedy Cuky Luky Film, he’s back with a fresh new genre makeover: the thriller Intimate Enemy. Centring on a couple held captive in an intelligent house, it was premiered at Art Film Fest on Sunday.

The couple in the film move into an ultramodern house in the Tatras that’s key to the plot. Did you really find it in the Tatras?

Not in Slovakia, neither in the Czech Republic nor in the Baltics did we find a secluded ultramodern house. We had to shoot at a house in Prague and surround it with greenery, since it was in a development and we had to set it in the Tatras. It’s got windows everywhere, but all the views had to look like it was in the forest. We also had to adapt it to our location in the Tatras so it wouldn’t stand out. It was a difficult visual-effects process; we’re still working on some cosmetic touch-ups. Viewers probably won’t even notice them, but we want it to be flawless.

This Sunday’s screening at the festival was the first time the film was seen by audiences. How did they react?

After the film was edited, before the special effects were done, we gave it a small test screening, mainly for feedback on the editing. This was more or less the first time anyone saw it, and I was really nervous, since this is my first thriller and my first serious film, one where people aren’t supposed to laugh the whole time, but actually get a bit scared and be kept in suspense. And so I had doubts about whether I’d pulled it off. Audiences laughed where they were supposed to, and when they were supposed to be scared, they didn’t move an inch. At the end it got a thunderous applause, so it would seem to be a success.

You must have seen the film Ex Machina. Could it be compared to your thriller Intimate Enemy?

Of course we’ve seen it, but not because we wanted to reproduce it. Intimate Enemy has a different premise. Ex Machina is about the difference between an artificial person and a real one, about how dangerous it can be when a machine acquires an ego. We didn’t want to make a sci-fi film, but rather something contemporary. This could happen in five or ten years, which is all the more terrifying. We surround ourselves with things that can harm us. We’ve got mobiles, tablets, computers, refrigerators, washers and alarms, all with artificial intelligence, which you can control remotely and so on. It’s all nice and convenient, but we forget that a mobile has a camera, a microphone and GPS coordinates, and we send and receive messages with it and surf on the internet, making it a window into the world around us.

Three of you wrote the screenplay to Intimate Enemy; isn’t that too many people?

Originally it was Jano Slivka who had the idea of a couple in an intelligent house. He asked Marek Epstein to write it, and the idea was to give it a comedic tinge, which in my opinion isn’t consistent with a thriller. Marek Epstein wrote a dialogue comedy more geared towards television; it wasn’t very visual. Jano Slivka adapted it for the big screen and added suspense, but I still wasn’t satisfied with it. I wanted people to get more scared. Jano gave up and I rewrote the whole thing, leaving one scene that I really liked. Then the cinematographer and I gave it another revision, and we had two endings. We shot them both and made the final call in the cutting room. A thoroughly prepared screenplay pays off during the shoot, since you’re all the more certain that it will work.

Are you self-taught as a screenwriter?

My problem is finding a screenwriter who’s on the same wavelength as me, like Jan Hřebejk and Petr Jarchovský or Jan and Zdeněk Svěrák; until I found one, I had to write the scripts myself. Screenwriting is a very difficult profession, but at least I have the certainty that what I write I’ll also shoot. Right now I have a screenwriter who speaks my language: Petr Hucký. We’re making children’s programmes together for Czech Television. He just gave me a zany comedy to look at, so we’ll see.

Does that mean you’ll consider returning to comedy?

I still enjoy comedies. I have this one teen comedy in my head; maybe I’ll give it another try after all these years. But I also have ideas for films that aren’t any particular genre, they’re quite a bit more serious, but all the more powerful for it. I’ll need some time to write them, though.

from the section Slovak Season is being screened on