A self-described “movie maniac”, she says that for her, film is an important way to talk about topics that affect us as a society. 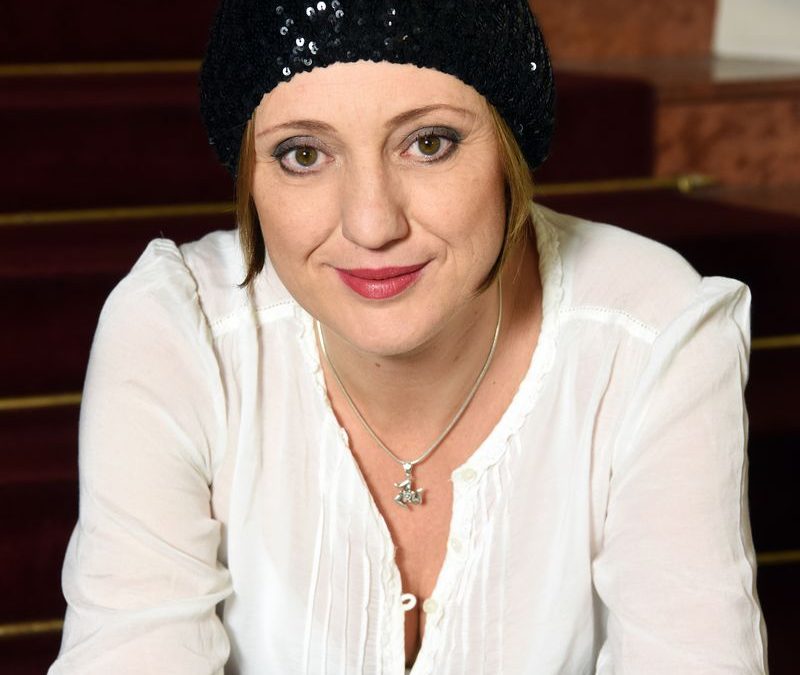 She is among those actresses who can fill every last cell of a role with her personality, creating a symbiosis that persuades the viewer with authentic emotions.She has long performed on stage, but for the last decade she has also acted on screen, saying that there are still parts of her character range that she would like to explore.Eva Bándor is a juror of the International Competition of Feature Films at Art Film Fest.

Two years ago, you came to Košice to present the Slovak premiere of the film Out, so you’re familiar with the atmosphere here at Art Film Fest.What do you think of the festival?

In my opinion it’s an important festival.It would be nice if lots and lots of people came here to see films.Last year, for example, I managed to see several pictures here.The artistic director puts together a great selection.Since there aren’t just Slovak films, but foreign ones, too, audiences get to see a reflection of what’s happening in the world and what’s topical.

This year you’re here as a juror.Do you ever experience a sort of professional bias while watching films? Do you find yourself paying more attention to the performances and the chemistry between the actors?

I try to look at the films as a whole, not just from the acting standpoint.Because I’m an actress, these films are also important to me personally; my profession requires me to constantly update my knowledge and live in the world of the present.I like things that fulfil me and propel me further.I feel that I have to process these issues and then communicate them convincingly to the audience.Right before this interview, I saw a film that left me both angry and sad at how nationalism and populism are gaining strength.I’m disillusioned by the fact that there are people who fall for such things, like in Hungary, which affects me directly.For one because I belong to a minority, but also because I see how it divides families, for example.It also angers me how demagogues misuse religion for the spread of nationalism.It says right in the Bible to love thy neighbour as thyself, and yet hostility towards migrants still spreads among the faithful.I keep thinking about it, since the films that I’ve seen at the festival so far are about this very issue, whether they’re Danish or French – it’s a universal theme.It upsets me, and I feel that this is something I have to draw on as an actress, to express my opinion about it.

Do you ever feel that film can hold up a mirror to society?

Yes, and that’s why this festival is important, because it speaks to current issues.But the question is how.Just now, as I was leaving the cinema, I began to think about how we could change things.We must find a way, and I feel that it’s we in particular who are responsible for doing so.We artists must make our voices heard.For example, by making a film or presentation on these issues and bringing it to young people, even out in the countryside.

Your film Outmade it all the way to the prestigious Cannes Film Festival.What was it like to attend your own premiere at the mecca of cinema?

I precisely remember the feeling I had when our film was screened.I was worried about how people would receive it.After the screening, two older French ladies came up to congratulate me.That was a lovely feeling.But I also felt that I didn’t want to talk about it.And then at the reception I just stood there on the boat, a bit apart from everyone, gazing at the sea and letting it all flow out of me.I didn’t want to make a big hoopla out of it, but being at Cannes on such an occasion was a really powerful feeling.

You began your acting career here in Košice, at Theatre Thália.

Yes, I came in ’89, right in the midst of the revolution.Later I left, but then I came back and lived here for five years.So coming here is like coming back home.It might sound sentimental, but I really do love this city.