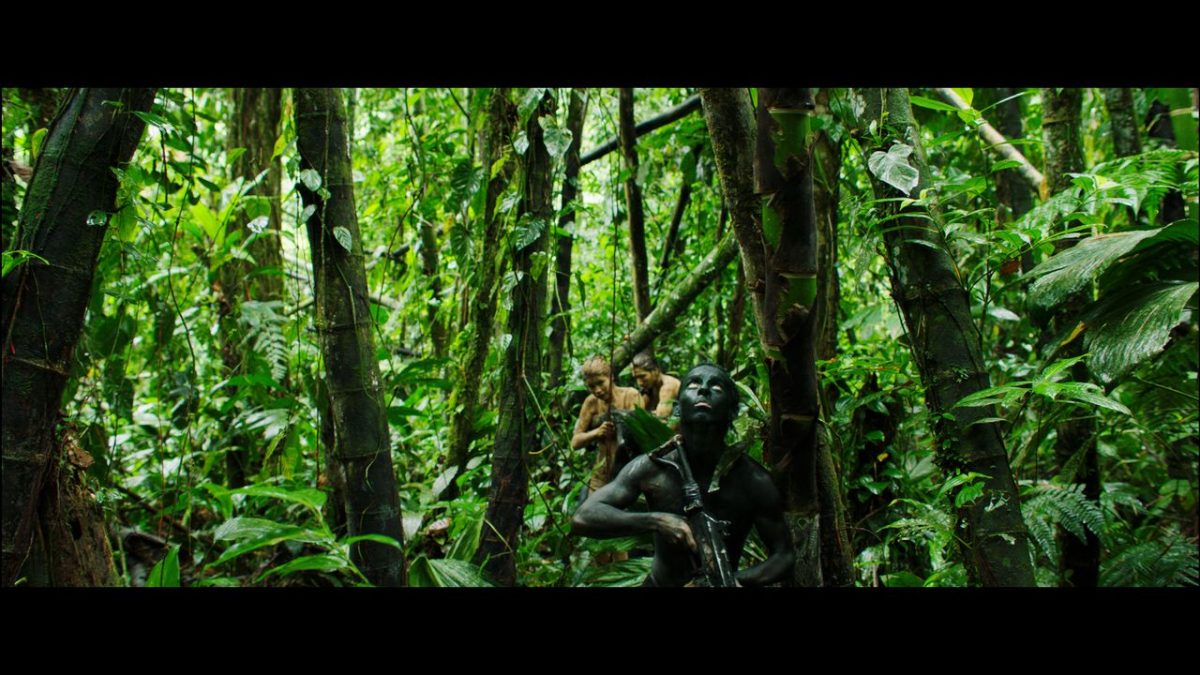 The 27th annual Art Film Fest International Film Festival concluded in Košice on Saturday, 22 June 2019 with a closing ceremony that included the presentation of the Blue Angel awards. As the Blue Angels took wing, headed for various corners of the globe such as Colombia, the USA, Austria, Russia, France and Romania, Slovak filmmakers were not left empty-handed, either.

The Blue Angel for Best Film went to Monos (d. Alejandro Landes, 2019), the story of a teenage paramilitary unit operating in the remote jungle. The jury praised its “artful portrayal of a descent into madness and the eternal conflict between the collective and the individual”, as well as its “intense humanistic message and nightmarish vision of the blights of war, combined with an outstanding ensemble performance and surrealist cinematography.”

The title of Best Director was bestowed upon American actor Jonah Hill, whose directorial debut Mid90s (2018) won the jury over with its “intense and authentic depiction of the LA skateboard subculture of the mid-90s and subjective camera work, which brings to life the emotions and hopes of the main characters.”

The Blue Angel for Best Female Performance was awarded to Austrian actress Patrycja Planik, whose wordless, deeply dramatic performance in Lillian (d. Andreas Horvath, 2019) was held high by the jury, pointing out the way her “coherent and introverted acting with her face and figure evokes the true emotions of the audience, reminiscent of the acting of the personas in the works of Robert Bresson.”

The award for Best Male Performance was accepted in person at Košice’s Kunsthalle by Russian actor Alexey Agronovich, who starred in The Humorist (Yumorist, d. Michael Idov, 2019). The jury cited his “minimalist and subtle performance, showing that humour and self-irony can be used to address serious issues”, as well as his “convincing transformation from a subservient individual to a non-conformist humourist.”

The three-member jury of the International Competition of Short Films combined the likes of festival coordinator and programmer Jose Cabrera Betancort of Tenerife, Swedish director and screenwriter Jerry Carlsson and Norwegian director Gunhild Enger. As the winner of the Blue Angel for Best Short Film, they selected French animated film I’m Going Out for Cigarettes (Je sors acheter des cigarettes, d. Osman Cefron, 2019). The jury was highly impressed by the way the film “portrays the pain of the permanent absence of a parent” and how, “by revisiting the punk animation style of the 90s, we get to know a surreal world in which the main character tries to make sense of his complex emotions.”“

The jury also decided to grant a Special Mention to Romanian film A Christmas Gift (Cadoul de craciun, d. Bogdan Mureşanu, 2019), which earned the accolade with its use of classic Romanian New Wave elements within the confines of the short film medium. “The film is set the night before the Romanian Revolution, and it shows us the fear that existed during the dictatorship. Through good acting, absurdity and humour, it continues to surprise us,” wrote the jury in their statement.

Aside from the two international juries, two awards were also decided by Art Film Fest’s audiences. JOJ Television announced a viewer’s choice competition for best feature film, which festival visitors selected by voting via internet. The voters themselves were also entered into their own competition – one lucky winner will receive an invitation to the filming of the television programme Inkognito, as well as a Kia automobile for one weekend from MOTOR – CAR Košice, s.r.o. The next ten voters drawn will likewise receive an invitation from TV JOJ to the filming of Inkognito, plus a gift package. The affections of the festival audiences were won by the new Slovak comedy Loli Paradička (2019) from director Richard Staviarsky. The quirky love story, playing out against the quaint backdrop of local carnivals, will soon be seen by audiences across Slovakia – the film will be released to cinemas on 18 July 2019.

As their favourite short, viewers chose Russian film Merry Go Round (Lalay-Balalay, d. Ruslan Bratov, 2017), following a drunken trio attempting to escape some bandits, only to end up trapped on an amusement park carousel. One lucky voter from the competition will be rewarded with an all-festival cinepass for next year’s Art Film Fest and a Relax beanbag chair from Tuli.sk, s.r.o.

Aside from the Blue Angels and the viewers’ choice prizes, the closing ceremony also featured the presentation of the Golden Camera, which Art Film Fest awards to film professionals for their significant contributions to cinema. This year’s laureate was Hungarian director Kornél Mundruczó, a multiple award-winner at Cannes with numerous internationally acclaimed films to his name. Upon accepting the award from Slovak filmmaker Mátyás Prikler, a good friend of his, Mundruczó explained that the driving force of his career has always been the need to make a statement about Hungary and Eastern Europe as he sees them. “To me, this award means the power of cinema, and I’m very much honoured by that,” he said.

Also at the closing ceremony, Milan Lasica presented the Festival President’s Award for the advancement of the art of cinema in Slovakia and abroad. The award went to Slovak actor Štefan Kvietik, who received it from his long-time onscreen colleague, actress Emília Vášáryová. In his acceptance speech, he thanked the actors and actresses he has had the privilege of working with over the course of his career.

The Art Film Fest International Film Festival will return to Košice for its 28th edition from 19 to 27 June 2020. More information on this year’s recently concluded festival can be found at artfilmfest.sk.

The festival is held under the auspices of the Prime Minister of the Slovak Republic.

The festival is financially supported by: The Audiovisual Fund

The festival is made possible by the financial support of the Prime Minister of the Slovak Republic.

This event is made possible by the financial support of the Košice Self-governing Region.