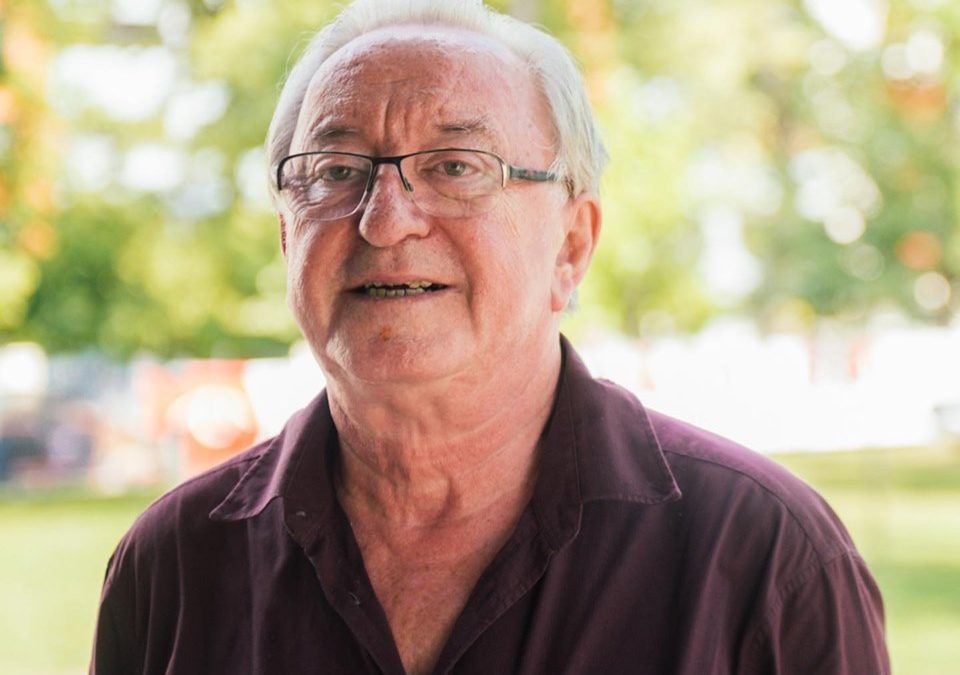 Turning 70 next year, Jiří Lábus is an actor known in every corner of the former Czechoslovakia and by every generation. Here at Art Film Fest he’s receiving an award and presenting the film Boys from the Mountains.

Today at Art Film Fest you’ll receive the Actor’s Mission Award. How do you feel about awards?

When the award itself looks good, it can make a great piece of furniture (smiles). I’ve got all my awards at home, sitting on a shelf across from my bed, so I see them often. Getting them is nice, because it makes you feel that what you’re doing isn’t for naught, that there’s some purpose to it.

Your work mainly consists of films for television. As an actor, where do you feel best – in a film, on television or on stage?

Some say that when they’re at a film shoot, they miss contact with people, but the way I look at it, there’s a cameraman and a whole crew behind the camera, so I perform in front of people, too. When I get a lovely film role, it’s no less of an experience than rehearsing a theatre production. The key factor for me is whether the role speaks to me when I read the script; whether it’s a play or a film doesn’t matter. If it doesn’t speak to me, I don’t do it.

In Boys from the Mountains, which you’ll be presenting today at the festival, you play a mentally disabled uncle living with his nephew in the mountains. What was it about that role that spoke to you?

The fact that it’s based on a true story. It was a challenge for me; I’d never played a role like that before. In a way, you might say that I was attracted by the chance to play a character who speaks through facial expressions the entire time, and only has about ten lines in the whole film. I wanted the viewer to understand what’s happening inside him, in his soul. It was a lovely gig and a lovely time, getting to work with my colleague and long-time friend Martin Dejdar, as well as with Martin Huba, who I’d love to meet again someday.

Did you prepare for the role in some special way?

One of my relatives is a psychiatrist, so I spoke to him about it a lot and he told me all sorts of stories about people’s behaviour. In this case, however, there were complications from a variety of different diseases; not just the mental disability, but polio and the rest.

My generation most associates you with the character Rumburak; was that an important role for you, too?

Most definitely. The series Arabela impressed itself deeply on my mind, but the credit for that great work belongs to Miloš Macourek – an author who is sorely missed today – and Václav Vorlíček, its cocreators. For me it was a challenge, but also a pleasure to play the villain. He was such a brilliantly written character that the role played itself. The film Rumburak was seen around the world, but I don’t mean to brag.

You have every right to.

Let me tell you a little story then (smiles). Last summer, I was in the Hague on holiday, and my colleague Tomáš Töpfer calls me. He was in Florence at the time, where he’d met a gentleman who, as a child, had loved Czech children’s programming, most of all Arabela and the character Rumburak. Tomáš admitted that he knew me personally, and offered to call me up. And so suddenly I hear on the phone: “Hello, I am Marco”. And I say: “Hello, I am Rumburak.” And then – silence (laughs). Later, Tomáš told me that the gentleman was so flabbergasted, he was moved to tears.

But today we no longer have programmes like that on TV,  shows that both children and adults can enjoy.

Yes, and there was also a bit of fantasy there, a lovely fusion of fairy tale and reality. They even recognized it – and me – in Taiwan (laughter). I was there with a theatre company, and some people came up to me and told me they’d seen me in the TV programme Arabela. It had to have been dubbed, so what I’d like to know is how I sounded in Chinese (laughter).

What keeps you busy these days? Is anything in the works?

I perform at four theatres in Prague, so I’ve got quite a few plays in my repertoire (smiles). But I’ve also finished shooting the film Vlastníci, which is to be premiered in November. It’s the debut of Jiří Havelka, mainly a theatre director, who wrote the script as well. It follows a series of owners’ association meetings in a block of flats, a real showcase of human idiocy – and I play the biggest idiot of them all (laughs). And my onscreen ex-wife is played by Dagmar Havlová, who it’s great to see back in a comedy role after all this time. I’m interested to see how it turned out.

Presentation of the Actor’s Mission Award:

The film Boys from the Mountains, from the Actor’s Mission section, is playing on: