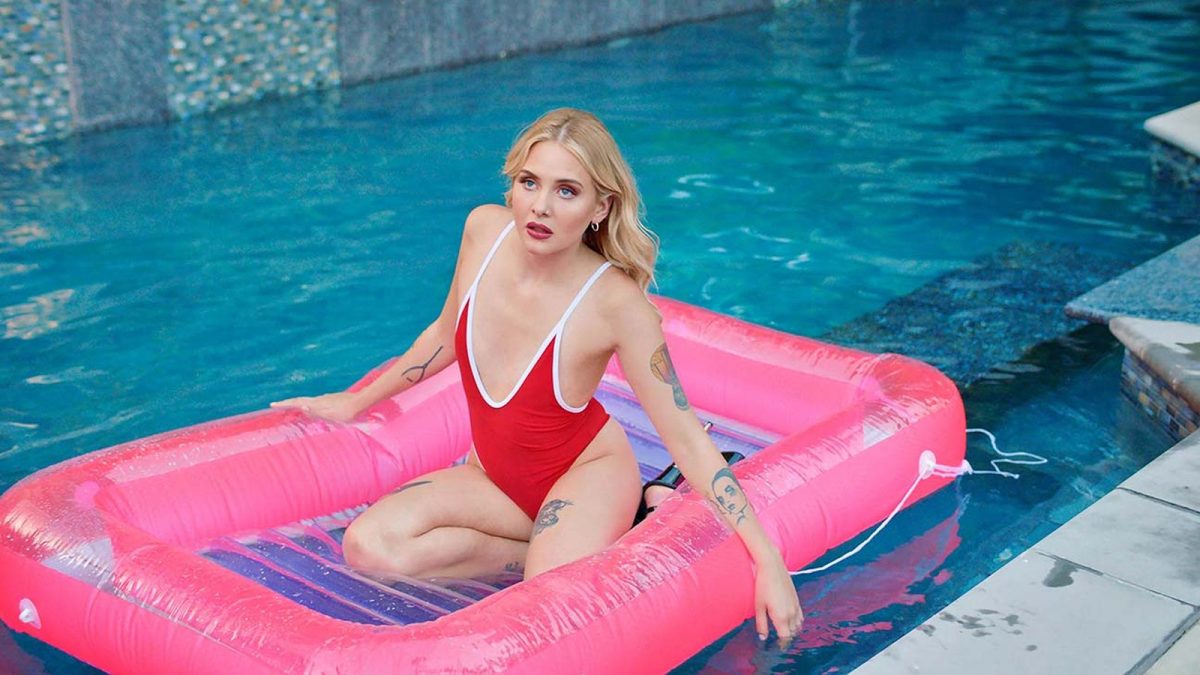 At the closing press conference of the 28th Košice Art Film Fest, the recipients of the Blue Angel Awards were announced. The winners of the International Competition of Feature Films were chosen from among nine competing films by a three-member jury consisting of dramaturg Maja Hriešik, director Tereza Nvotová and actress Natália Germáni.

The Blue Angel for Best Film went to Pleasure (2021) from Swedish director Ninja Thyberg and producers Eliza Jones, Markus Waltå and Erik Hemmendorff. “Making a film about pornography is a minefield. Yet Pleasure manages to avoid all the potential clichés, not exploiting or fetishizing the exotic world of adult entertainment, while forcing us to confront our own boundaries and ask ourselves where exactly they (would) lie,” wrote the jury in their official statement.

The Blue Angel for Best Director was awarded to Serbian director Ivan Ikić for his film Oasis (2020).  The jury noted “his masterful directing of non-actors and the courage to take on the grand theme of love along with every person’s need to make their own life decisions, no matter the circumstances.”

The Blue Angel for Best Actress was earned by Swedish actress Sofia Kappel, who captured the jury’s interest with her portrayal of the protagonist in the film Pleasure (2021). She received the award “for her portrayal of a strong woman, capable of total physical and mental self-exposure, who knowingly ventures into the dark side of the entertainment industry, intent on succeeding at all costs and, despite all her failures, never losing control over her own life and decisions.”

The Blue Angel for Best Actor went to Russian actor Vladimir Onokhov for his lead role in the film The Whaler Boy (2020). The jury cited “his ability to transport us to the faraway world of Chukotka and into a young man’s fragile coming of age.”

The jury also decided to grant a Special Mention to Polish cinematographer Michał Dymek for his work on the film Sweat (2020). The jurors praised the film’s “dynamic, subjective images that put us right into the skin of the protagonist – a lonely woman who is the centre of media attention.”

“Nearly all the films in the competition were exceptional for their honesty and ability to draw us into the lives and worlds of people who we almost never see in the mainstream media. Whether it be disabled adolescents fighting for freedom and love, influencers in the social-media spotlight, Iranian workers in the middle of the desert who not only lose their jobs, but their very identity, porn stars, parents whose children are taken away by the system, or whale hunters at the end of the earth – these films allow us to see the world from broader, more empathetic perspectives, and for this we owe their creators our thanks,” reads the jury’s statement.

Art Film Fest and Televízia JOJ, one of the festival’s major media partners, annually present the JOJ Cinema Audience Award for Best Feature Film. This year’s winning film, with the most audience votes, is the comedy The Big Hit (2020). It is worth noting that the film that won the hearts of Art Film Fest’s audiences was also named last year’s best comedy by the European Film Academy.

The voters were themselves entered into a competition for one weekend with a KIA automobile (model: Kia XCeed), provided by AUTO – VALAS s.r.o. The lucky winner, along with ten other randomly picked entrants, also received a gift package of TV JOJ memorabilia. In addition, the viewer who manages to watch the most films at Art Film Fest will win a €100 fuel card courtesy of SLOVNAFT, a.s. and a cinepass for next year’s festival.

The 28th International Art Film Fest Film Festival will conclude tonight with a pair of screenings under the starry sky – at Košice’s amphitheatre and in the courtyard of Katova bašta (the Executioner’s Bastion) in the historic city centre.  More information on other scheduled events can be found at the festival website, www.artfilmfest.sk/en/. Artistic director Peter Nagel has announced that the dates for next year’s festival are 17–25 June 2022.

The festival is held under the auspices of the Minister of Culture of the Slovak Republic.

The festival is made possible by the financial support of the Košice Self-governing Region under the programme Terra Incognita.

The festival is financially supported by: the Audiovisual Fund and Nadácia SPP