Films many viewers look forward to 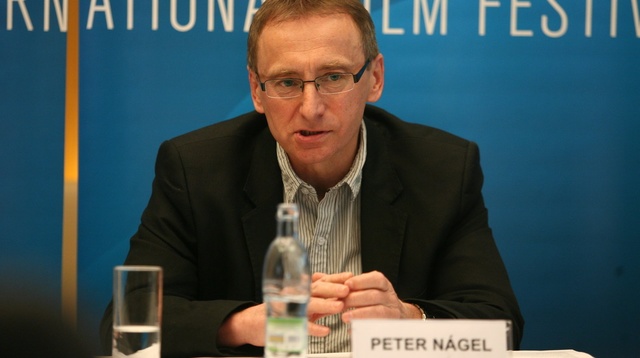 The films in festival competitions can often be justifiably described as “nothing but doom and gloom”. Will Art Film Fest be any different this year?

As in previous years, the competition doesn’t include a comedy or a patently light story. Even Little from the Fish Shop, the first animated film to ever appear in Art Film Fest’s main competition, doesn’t have a classic happy ending. The most complicated case is most likely the Latvian film Modris. Its protagonist has no desire to see eye-to-eye with his mother or his surroundings, no idea what he wants to achieve in life, no interest in anything – he simply stumbles around apathetically in a vicious circle.

What are your criteria for selecting films for the festival, for the competitions and otherwise?

We aim to bring audiences films that many of them look forward to, since today, thanks to the internet, they quickly learn of interesting new releases. I hope that true cinephiles will long continue to favour top-quality, non-mainstream films on the big screen. We also try to show how films are made around the world. For example, the competition includes the New Zealand film The Dark Horse, based on a true story. It won 10 national film awards and in the meantime it’s travelled across nearly the entire globe. But the programme also features two Icelandic films: Life in a Fishbowl and Virgin Mountain – each one better than the last. Films from similar cinematic traditions hardly appear in Slovak cinemas at all anymore, perhaps only occasionally on television.

The feature-length documentary Citizenfour, about Edward Snowden’s release of top-secret documents, won an Oscar and 50 further awards around the world. Will it draw crowds here as well?

I’m surprised that the film has yet to be screened in this country, despite its international premiere in Toronto. We were able to get our hands on it, and here’s hoping that a TV network will buy the rights so it can be seen by more people. Edward Snowden has become a household name, even among those who don’t follow politics or intelligence reports. But the problems he created with his testimony and disclosures are something we still know relatively little about.

This year’s most expansive section is European Corner, with 13 films. Is that by design or coincidence?

For years I’ve been saying that European cinema is interesting, appealing and boasts major figures. When the Taviani brothers won the Berlinale’s Golden Bear for the drama Caesar Must Die three years ago, I deemed it a splendid capstone to their career. But despite both being over 80, they continue to direct. I’m pleased that we can present their latest film, Wondrous Boccaccio. On the other hand, this year’s new discoveries include British director Yann Demange and his drama ’71, set in Ireland during the onset of the Troubles.

Which three films should Art Film Fest visitors make sure they don’t miss?

There are many, many more than three… The Brand New Testament from Belgian director Jaco Van Dormael, who elaborates the whimsical concept of God living on Earth… In Brussels like a regular person, with a family. But he’s not a loving God, he doesn’t want to help people; in fact, they all annoy him. Then there’s Ulrich Seidl’s stylized documentary In the Basement, a mosaic of odd, even bizarre vignettes about Austrians who spend most of their free time in basements – and not in their luxurious homes. And yes, the documentary Maidan. At the beginning we see people arriving on Kiev’s central square, how afraid they are, how uninformed. But by the end of Sergei Loznitsa’s film, they’ve already changed a bit, realizing that their voice, their civil resistance has the chance to change something.