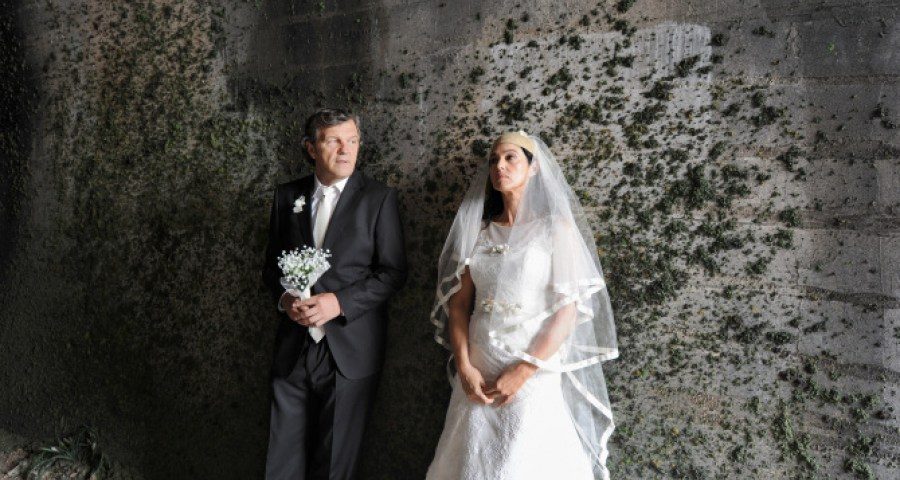 18 programme sections, chances to meet respected figures of Slovak and world cinema, a varied programme of accompanying events – all this and more awaits in just a month’s time at the 25th edition of Slovakia’s oldest film festival: the Košice Art Film Fest.

Running from 16 to 24 June, the festival will feature numerous exclusive Slovak premieres of internationally awarded films. In total, the programme includes roughly 160 feature-length and short films, divided among two competitions and 16 non-competition sections. “We do our best to curate a programme that is rich and varied, both in terms of genre and subject matter. Take, for example, the European Corner section, where you have a challenging film like Konchalovsky’s Paradise [note: winner of Venice’s Silver Lion for Best Director] alongside crowd-pleasers like the Belgian/French satire King of the Belgians and the brilliant French comedy Lost in Paris,” says Košice AFF artistic director Peter Nágel.

“Our programme this year is truly sweeping in scope, and I look forward to rounding it out with films from this year’s Cannes Film Festival,” adds Nágel.

In the International Competition of Feature Films and the International Competition of Short Films, pictures will vie for Art Film Fest’s grand prizes: the Blue Angels. “In addition to both international competitions, the festival will also continue in its tradition of recognizing esteemed figures. The laureates’ names will be announced in early June,” says Nágel, adding that this year, the festival’s Actor’s Mission Award and Golden Camera will be joined by a new prize: the Festival President’s Award.

Košice’s magnificent Kunsthalle will remain the festival’s main screening venue, now equipped with new cinema seating. And this June film marathon will also be “running” at various other venues, such as Kulturpark, Tabačka, Kino Úsmev, Kino Slovan and the Košice Amphitheatre.

And of course, it wouldn’t be a buzzing film festival without a diverse programme of accompanying events. Visitors will be able to enjoy musical, theatrical and recreational events in Kulturpark, Tabačka and Hlavná ulica – Košice’s high street.

The festival is held under the auspices of Prime Minister of the Slovak Republic Robert Fico and Minister of Culture Marek Maďarič.